OUR LATEST BUGATTI MODELS AVAILABLE
All our models 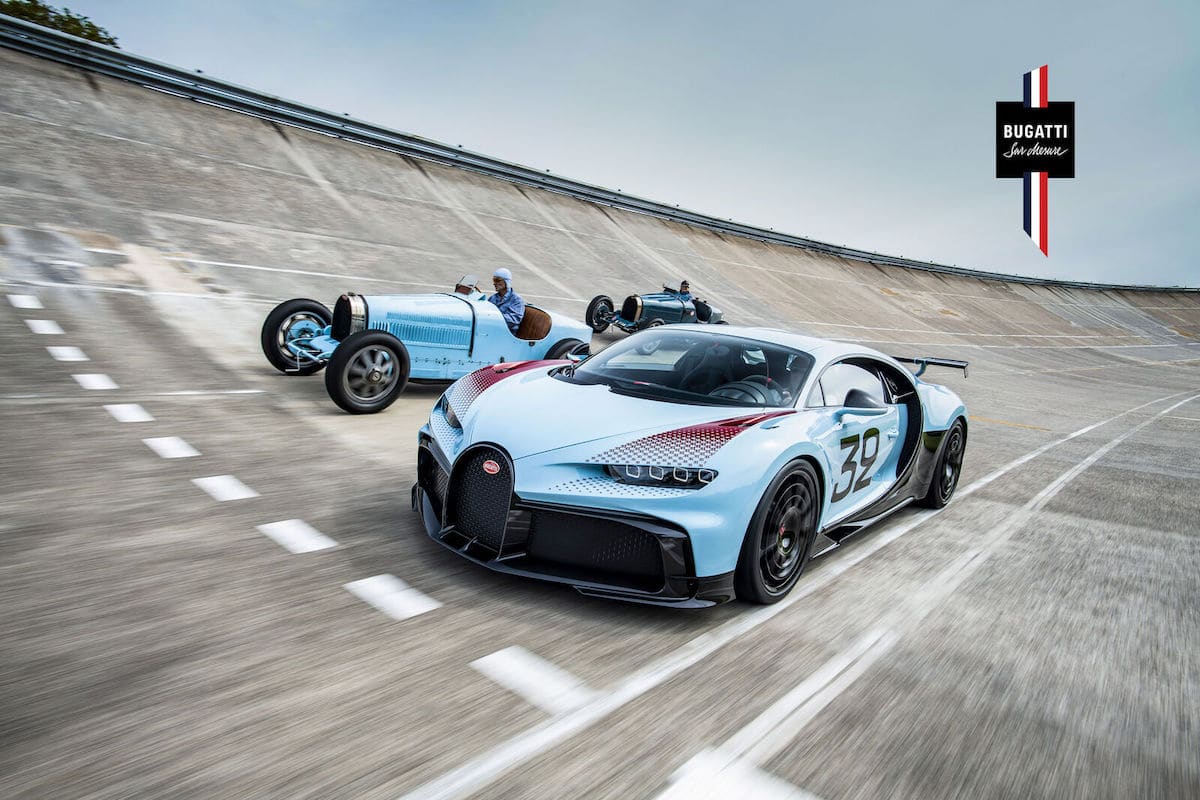 Founded in 1909, the Bugatti brand has shaped its history and its worldwide reputation on its perpetual quest for perfection and innovation. As evidenced by its avant-garde sports models, its legendary racing cars and its nearly 10,000 competition victories, the fascination exerted by the manufacturer is not about to disappear. 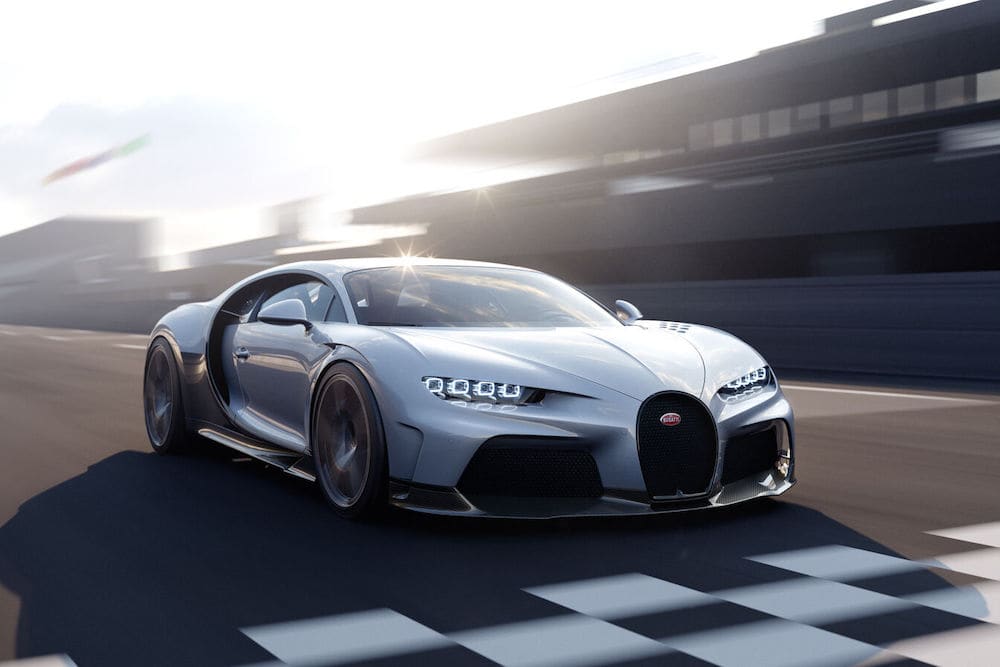 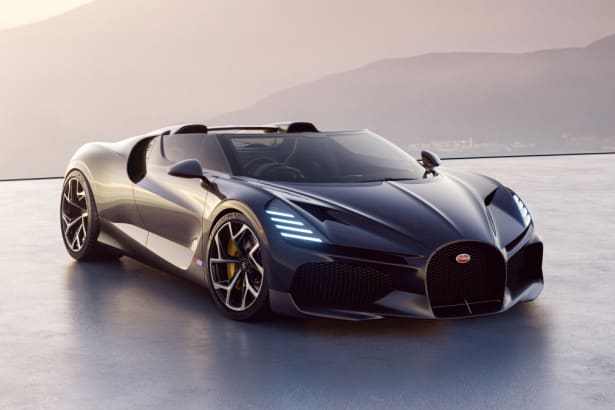 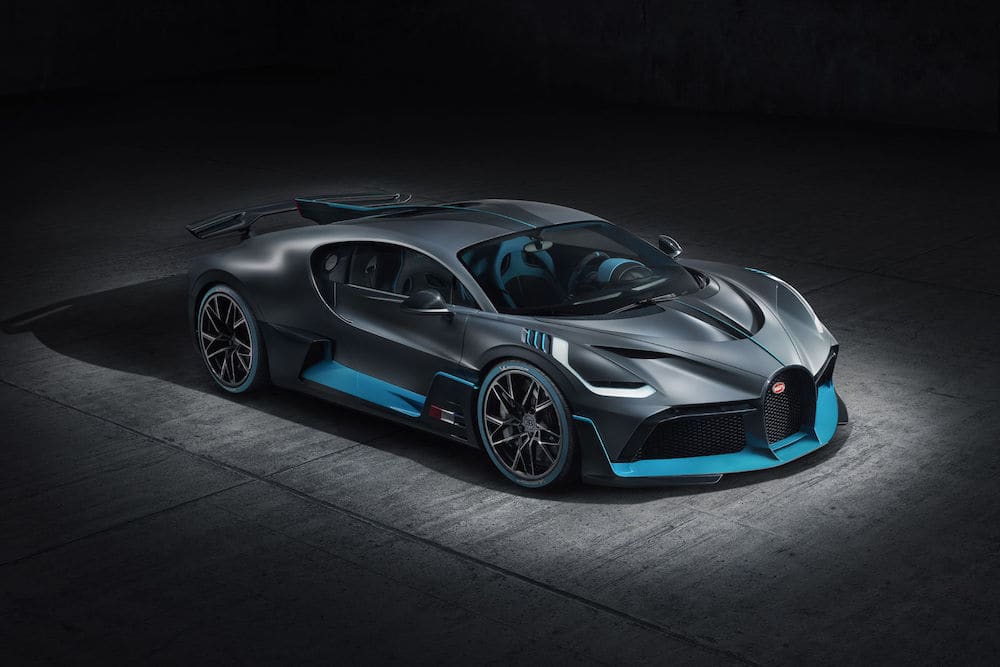 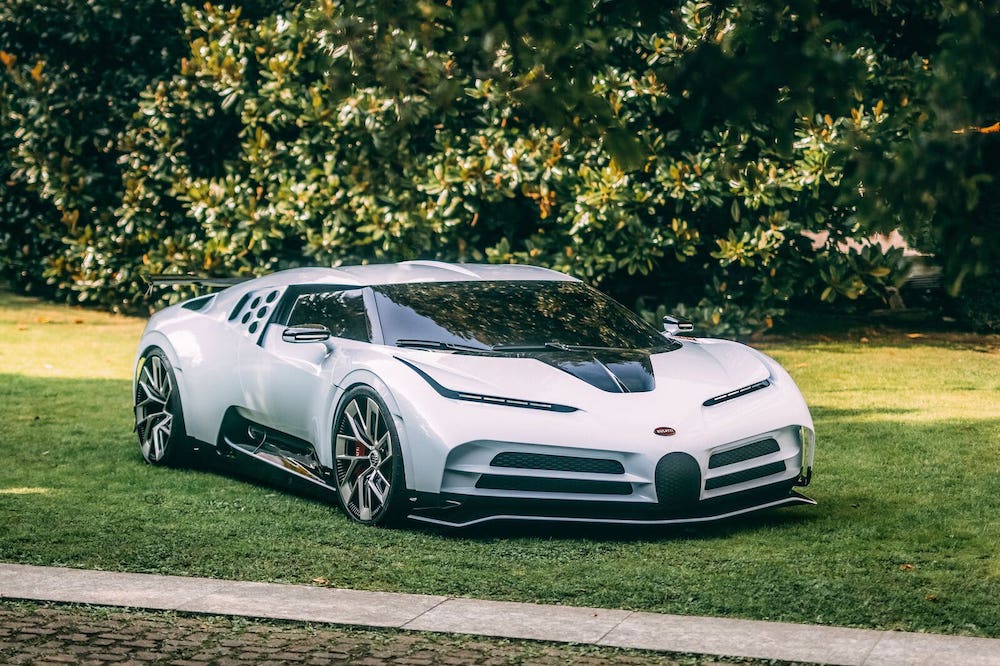 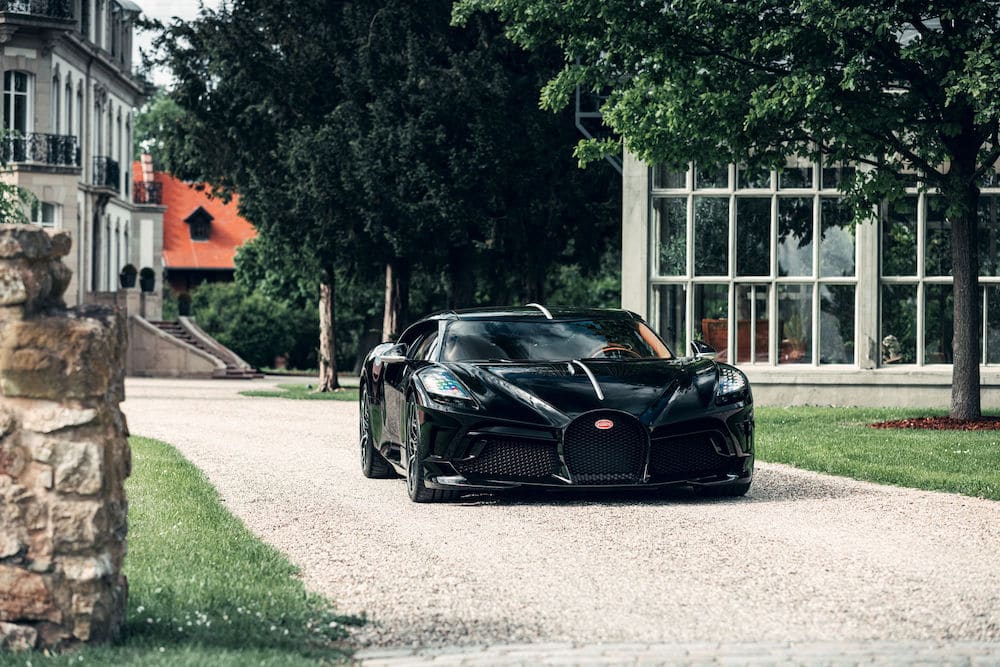 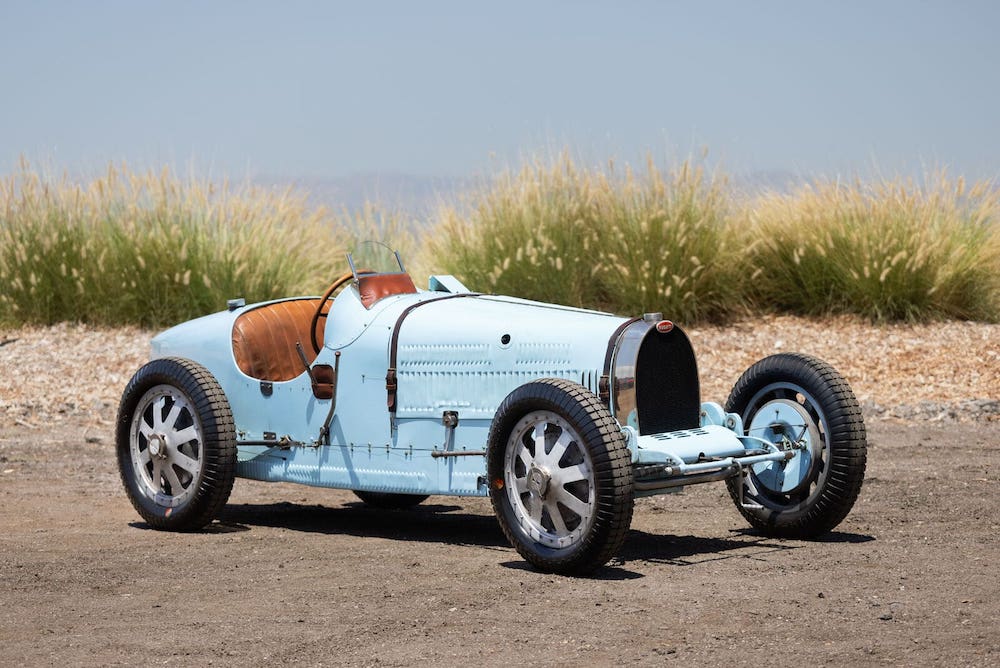 From the age of 18, Ettore Bugatti built his very first car, the Bugatti Type 2. The vehicle, which had a four-cylinder valve engine, earned him an award at the International Motor Show in Milan. After these promising beginnings, the automotive engineer overflowed with ambition and moved to Alsace, to Molsheim, in 1909 to set up on his own. And it was in 1911 that the Type 13 was released, which won a distinction at the Grand Prix de l'Automobile Club de France the same year. This same model comes in 15th place in the Indianapolis 500 Miles.

Ettore Bugatti would make his company even more legendary in 1921 when his T22 won four victories at Brescia and his T35 won no less than 2,000 victories. A real feat at the time! The year 1936 marked a turning point because it was at this time that the management of the company was entrusted to Ettore's own son, Jean Bugatti, who shared the same passion as his father for exceptional automobiles. During this transition phase, another legendary model was born, namely the Bugatti Royale.

The story of the brand's creator ends in 1939, a year marked by two major events. The first fact is the resounding victory of the Type 57 at the 24 Hours of Le Mans. And it was precisely at the wheel of this car that the founder lost his life as a result of a road accident. 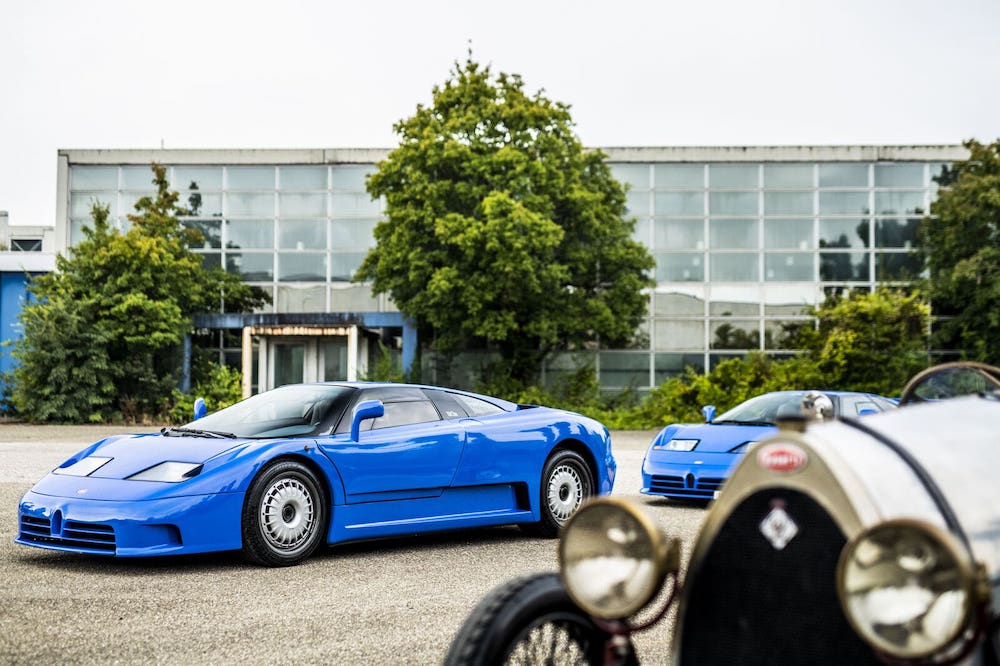 BUGATTI: the absolute reference of luxury at the service of performance

The manufacturer has always been considered one of the pioneers in the automotive sector and remains today as a champion of the luxury sports car. As mentioned above, the brand did not only distinguish itself in the field of motor racing during the first half of the 20th century. It is also in terms of innovation that Bugatti has forever marked history with more than 1,000 patented inventions. The company was forced to cease operations after World War II.

However, even after his death, various automobiles bear his name, as was the case in 1987 with the EB 110. In 1998, the German group Volkswagen AG created the company Bugatti Automobiles SAS. From then on, the production of exceptional vehicles could resume, for example in 2005 with the famous Veyron 16.4 and its various versions, including the Grand Sport Vitesse. This last model is produced up to 450 copies before the launch of the model that will dazzle the public even more: the Chiron. Named in tribute to the Monegasque pilot Louis Chiron, this model equipped with a 1,500 horsepower W16 engine will reach a dizzying speed of 420 km/h. This record will in turn be broken in 2019 with the Chiron Super Sport, which will exceed 490 km/h.

To define the spirit and values that have driven the Bugatti brand since its inception, nothing beats quoting its own founder: “Nothing is too beautiful, nothing is too expensive”. Driven by an absolutely unique vision and seeking systematic perfection, the manufacturer has managed to maintain the same values more than 100 years after its creation.

The brand contributed more than any other to promote the advent of the super sports car and its Chiron is still today the most powerful and fastest car in the world. Each model fashioned by the brand is a perfect synthesis of technical prowess, creativity and art. As evidenced by the famous badge which is the emblem of the brand and which equips each of its models, the marriage between craftsmanship and technology is no longer a dream but a reality with each of these mechanical masterpieces. . 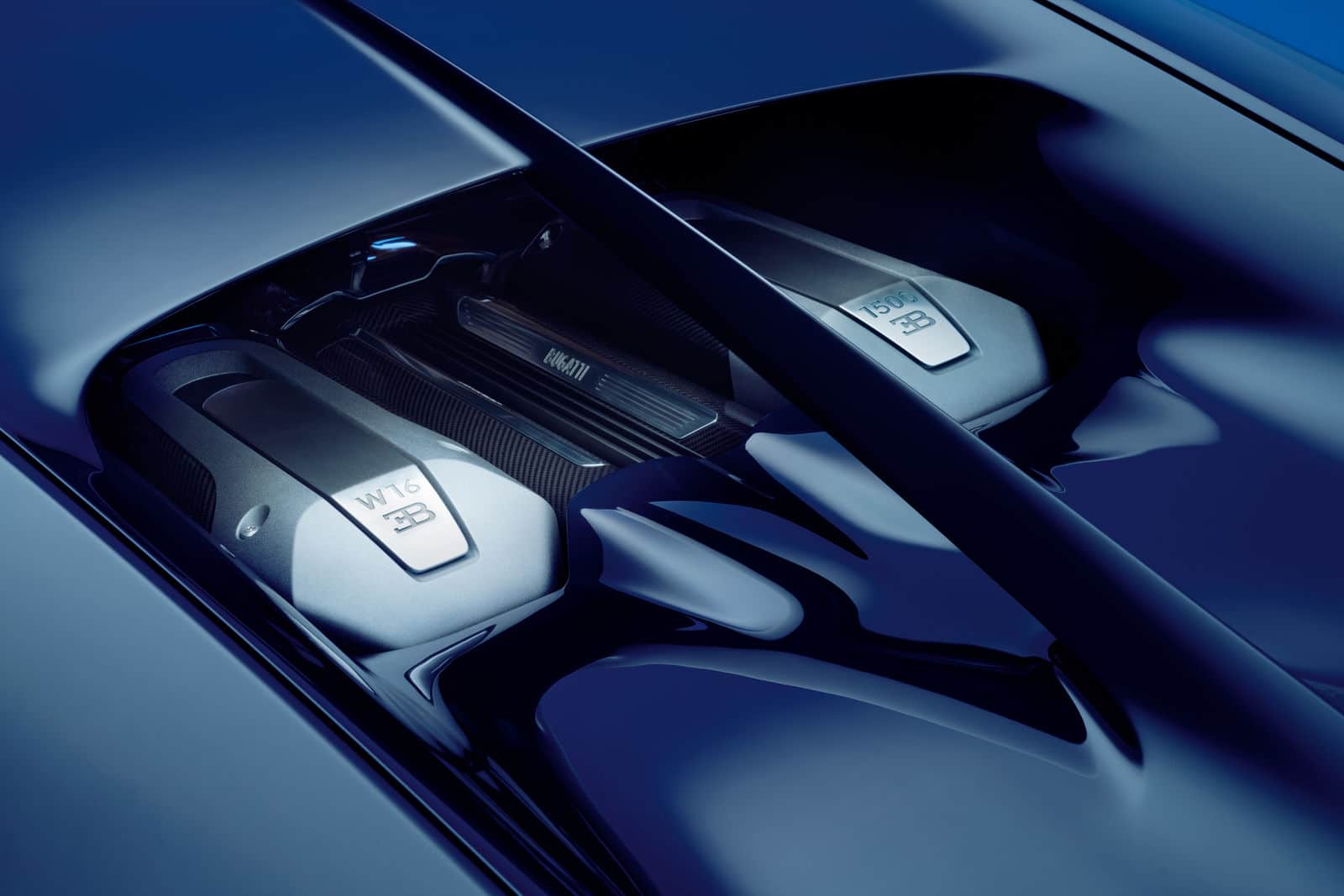 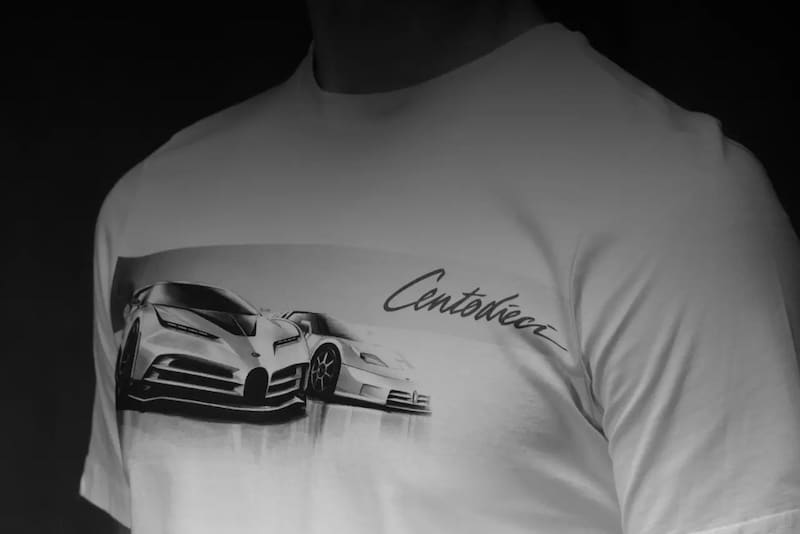 Welcome to the new Bugatti showroom in Monaco

Bugatti and Segond Automobiles have signed a new partnership at the start of 2022. We are happy and proud to welcome you to one of the most sought-after locations in Europe, nestled among luxury boutiques and surrounded by nearly a century of motor racing history. We will have an exceptional location located on the route of the Formula 1 Grand Prix circuit, in the corner of La Rascasse, near the legendary Louis Chiron bend. It is, in many ways, the perfect place to welcome customers of a brand renowned for its racing performance and cutting-edge craftsmanship. Looking forward to welcoming you! 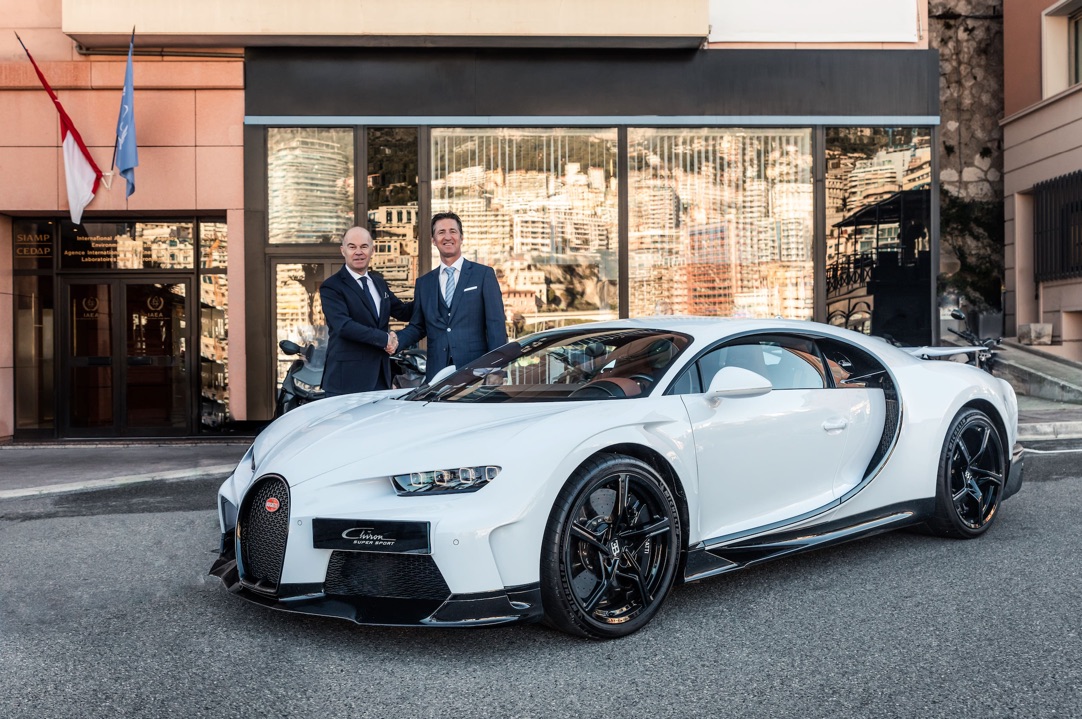