The event at the start of spring 2021 is the arrival of Porsche's new electric adventurer! Discover the new Taycan Cross Turismo, the sporty and premium sedan that is not afraid to venture off the beaten track.

The latest Porsche Taycan models available
All our models

Porsche Taycan Cross Turismo: another vision of the all-road

Innovation and reliability are still at the rendezvous of this new Porsche Taycan, the family and all-road version of its electric big sister, for which autonomy rhymes with performance. 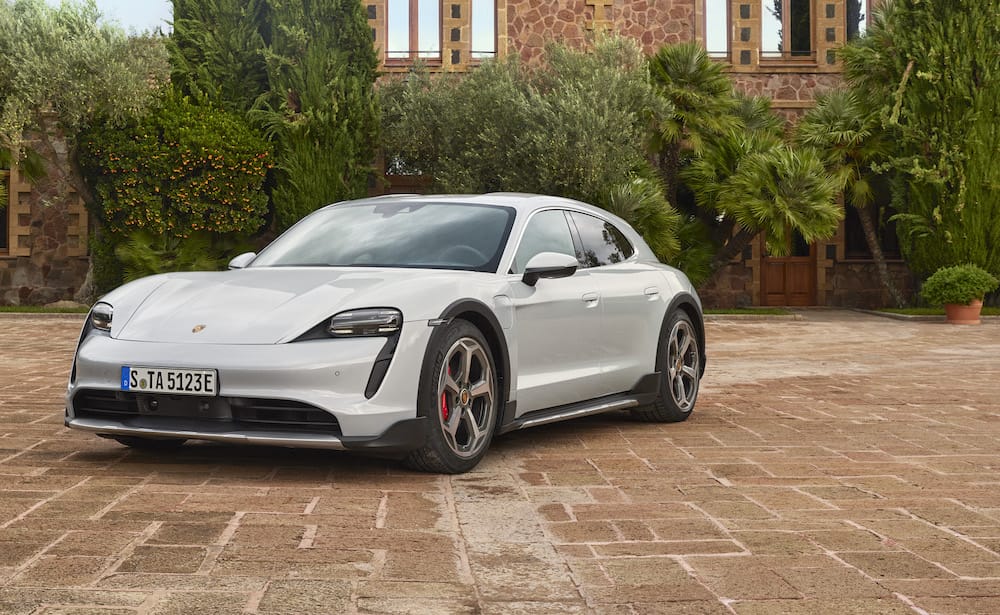 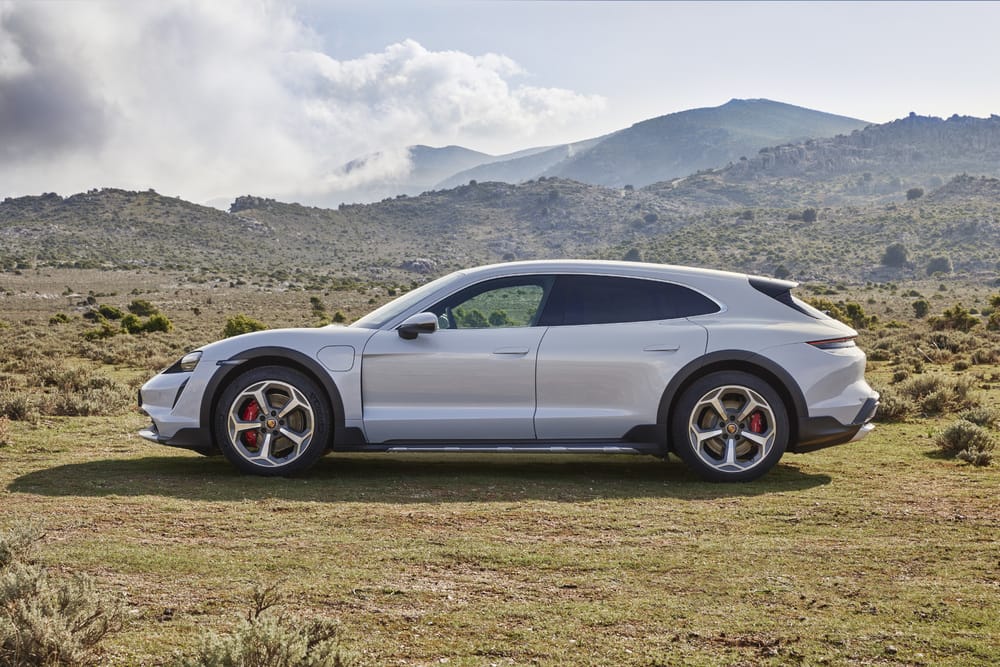 A FAMILY AND BAROUDEUSE PORSCHE TAYCAN

This sport adventurer still offers comfort and space saving with a greater volume at the rear under the roof and a greater storage capacity with its 446 liter trunk. Thanks to an increased distance between the floor and the ground (20 mm) and the installation of protections, the electric Porsche crossover will be able to venture off the beaten track, thanks, for example, to the innovation of the Gravel mode which optimizes driving quality on gravelly or muddy terrain, for even more comfort, even off-road ... Thanks to the optional Offroad Design pack, ground clearance can even be increased up to 30 mm.

Ask for a test drive

The new estate silhouette of the Taycan Cross Turismo will also delight fans of the brand, who will find its iconic flyline thanks to the large tailgate and the glossy black rear spoiler. The side skirts and the lower part of the front and rear bumpers have a specific design, with wideners for the fenders and a particular size of the rims. The fixed panoramic roof will give the model comfort and a feeling of space. For better aerodynamics, air intakes in front of the front wheels reduce turbulence. 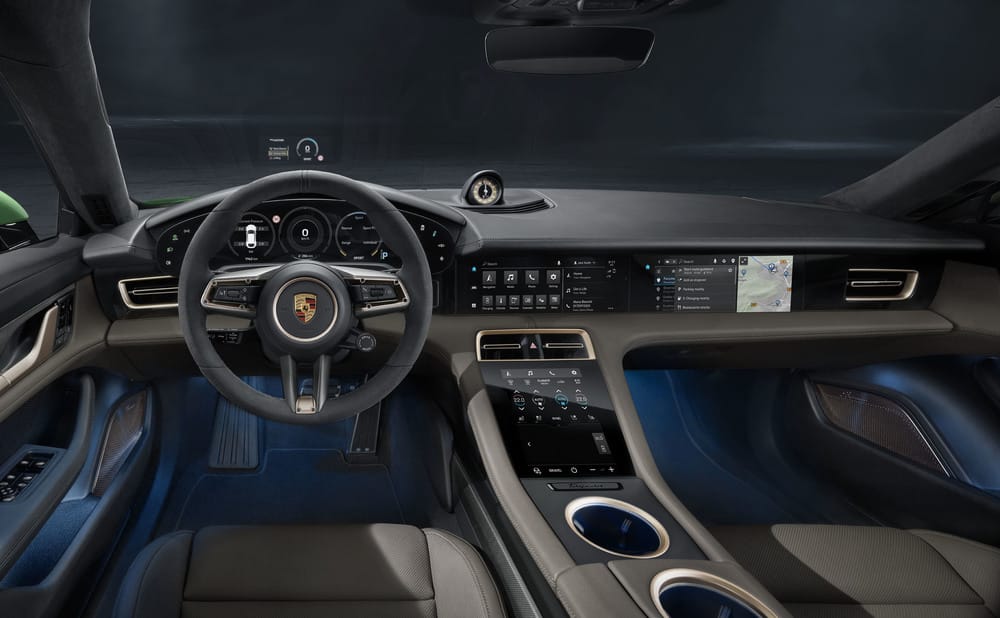 On the performance side, we find the reliability of the 2 engines (one at the front and the other at the rear), available in 4 power levels ranging from 476 to 761 horsepower, which propel the vehicle from 0 to 100 km / h in 2.8 seconds. Only the four-wheel drive version is available immediately. The rear axle 2-speed gearbox (with an ultra-short first gear for initial acceleration and a long second gear) provides foolproof dynamism and legendary Porsche sport driving.

The braking system is not left out since the ceramic coated gray cast iron brake discs offer better corrosion resistance, thus improved cleanliness and longer life, thanks to the Porsche Ceramic Composite Break (PCCB) as standard. on the Taycan Cross Turismo. The model is also equipped with a standard “Performance Plus” battery which, thanks to 800 Volts available instead of the usual 400, gives the crossover better charging performance and longer range. The Porche Taycan sees its autonomy and its mobility possibilities extended to be able to charge your vehicle at home or on the move, in France, but also abroad: enough to open up new horizons!

Discover the different versions of the Porsche Taycan 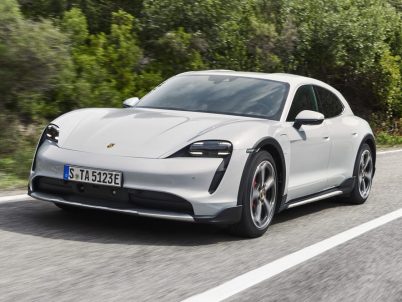 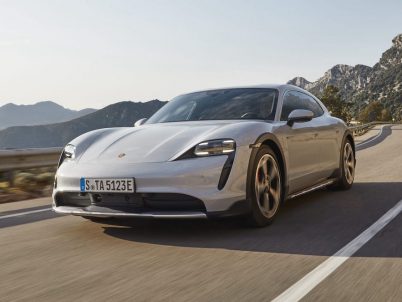 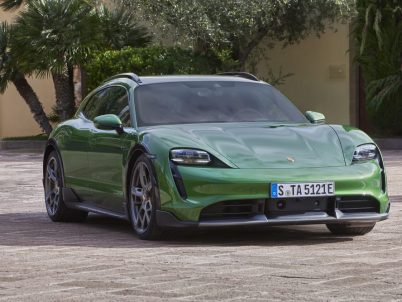 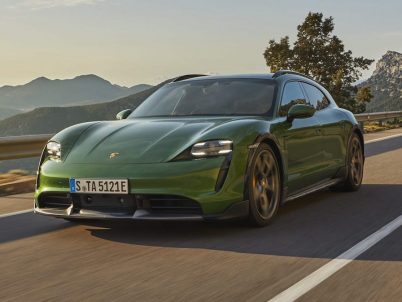