BUGATTI: BREATHTAKING ONE OFF MODELS

Since its creation in 1909, Bugatti has repeatedly demonstrated its taste for records of all kinds. Whether in terms of speed, performance or innovation, the legendary manufacturer likes to push all imaginable limits. This perpetual quest for excellence finds its finest demonstration through its three latest One Off models, which leave other automotive brands far behind. Whether it's the Divo, La Voiture Noire or the Centodieci, it's impossible to remain unmoved by these gems of technology, design and power.

Supercar GT sports erected to the rank of masterpiece

For several years, the concept of "One Off" has been developing in the automotive sector. These are exceptional models and produced in one or only a few copies. Of course, these exceptional cars are sold at astronomical prices and exclusively to a handful of privileged customers.

All three designed at the manufacturer's factory in Molsheim, Divo, Centodieci ans La Voiture Noire  are hypercars destined to become automotive legends. Faced with a clientele that wants to be surprised and expects models beyond imagination, Bugatti offers here a foretaste of the future. 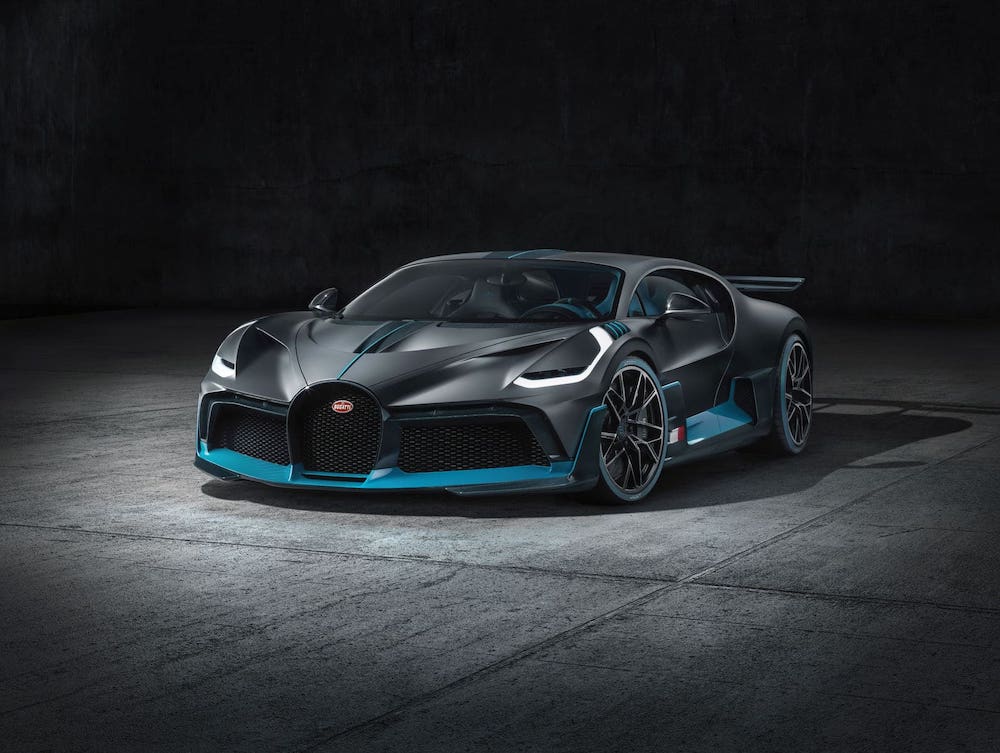 Bugatti's "One Off" models are the most perfect illustration of Ettore Bugatti's motto: "Nothing is too beautiful, nothing is too expensive" 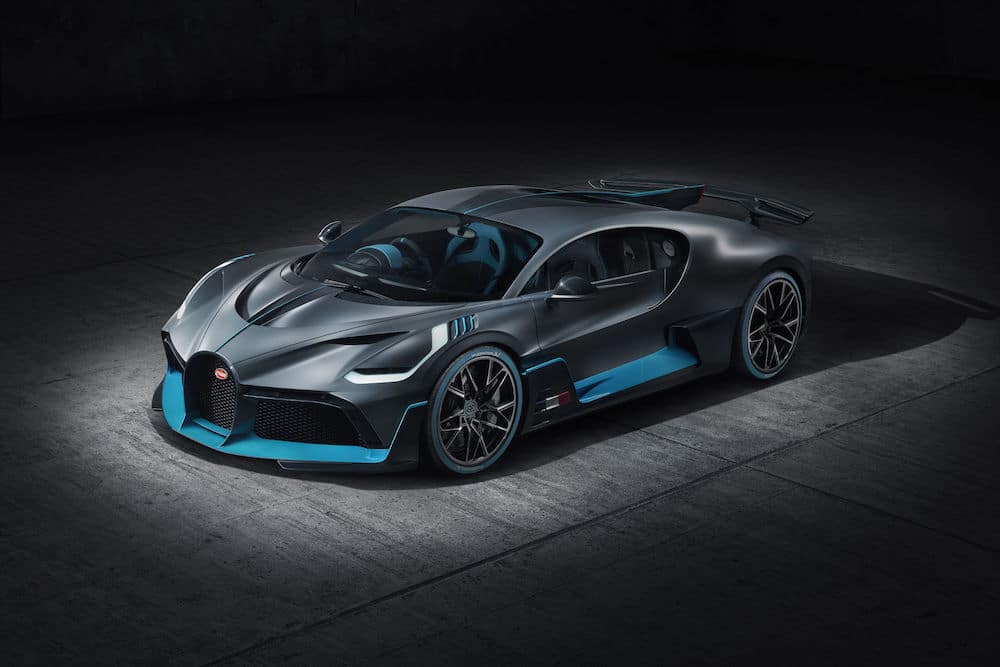 One Off model promised to be remembered, the Divo is a sports car from the manufacturer of Molsheim whose number of copies will not exceed 40 units. Visually, this car seduces at first glance with an exposed carbon fiber body and a breathtaking matte finish called Navy Blue. Inside, there is a black leather and Alcantara finish. Having been the subject of a very media presentation at “The Quail, A Motorsports Gathering” in California in 2018, the Divo takes its name from the French driver Albert Divo. This champion is particularly known for having won the Targa Florio twice in 1928 and 1929 while driving the famous Bugatti Type 35 B.

For speed enthusiasts looking for new driving experiences, the Divo will meet their expectations. Featuring specially developed aerodynamics during its design, the Supercar features a W16 8.0-liter four-turbo engine that manages to generate 1,500 horsepower. With such an engine, the racing car can reach 100 km/h in just 2.5 seconds and has a top speed of 380 km/h.

The Divo in details 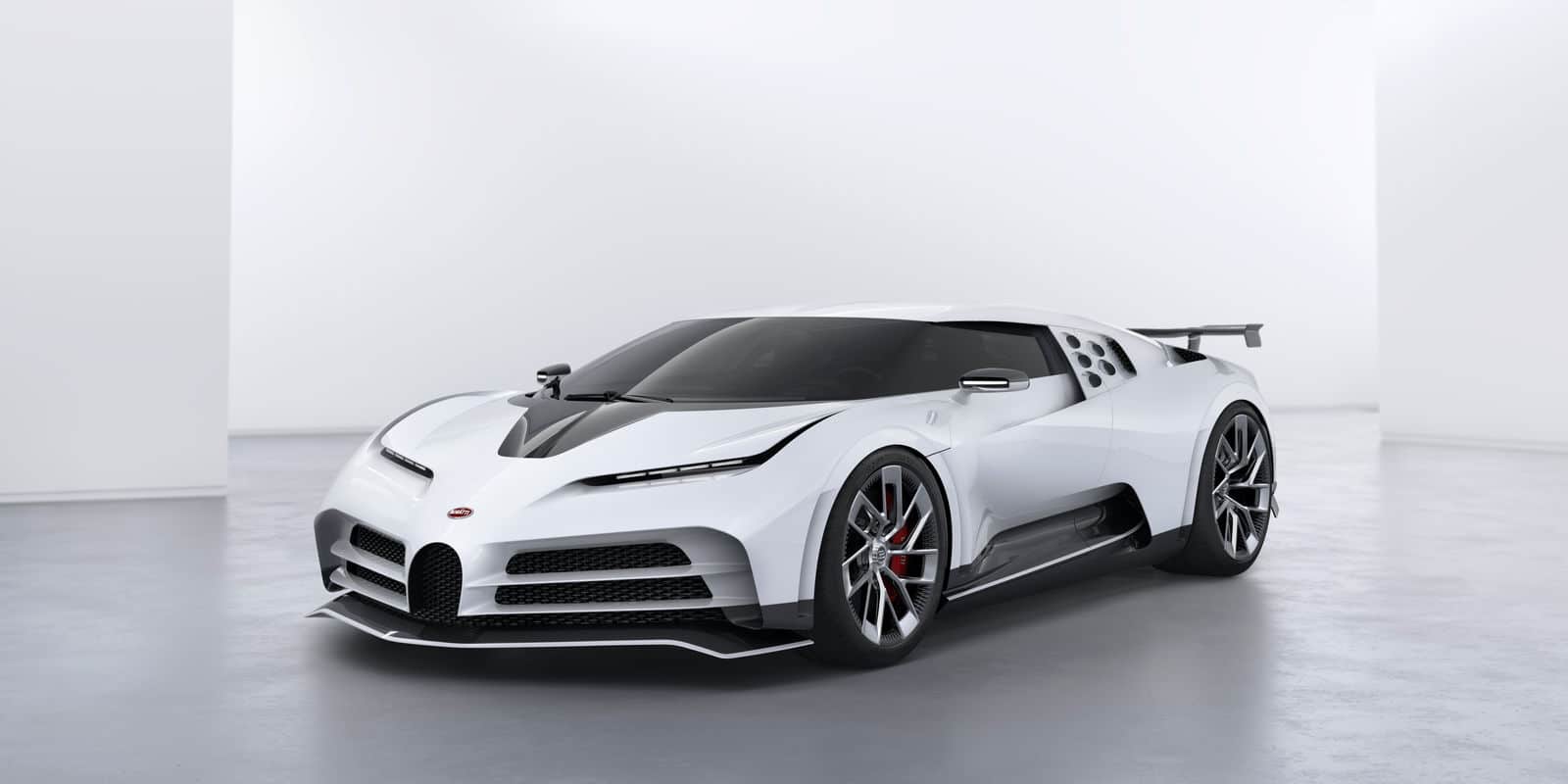 THE CENTODIECI: A SUPER-SPORTS CAR AS A TRIBUTE TO THE EB 110

Ten copies! This is the number of Centodieci that will be produced. This sports model, which was unveiled in California in the summer of 2019, is a tribute to the mythical EB 110 which served as inspiration for its designers. This exclusive vehicle belongs to this category of models developed around the Chiron. Moreover, it is possible to find certain elements of the EB 110 taken over and having been the subject of a virtuoso reinterpretation on this One Off. We thus find the bodywork pierced behind the side windows, the design of its rear lights or its famous fixed rear wing.

At the same time, certain innovations are appearing as a luminous signature. The Centodieci is 20 kg lighter than the Chiron and its aerodynamics are the result of intense work by the manufacturer's engineers. In terms of engine, this model has an 8.0 liter W16 block which guarantees 1,600 horsepower. With such power, the beast can reach 100km/h in just 2.4 seconds and 200km/h in 6.1 seconds. Its maximum speed is estimated at 380 km/h. To end on this One Off, it is worth pointing out that the ten copies produced found buyers in the space of just a few hours, despite an incredible price of 8 million euros each!

The CENTODIECI in details 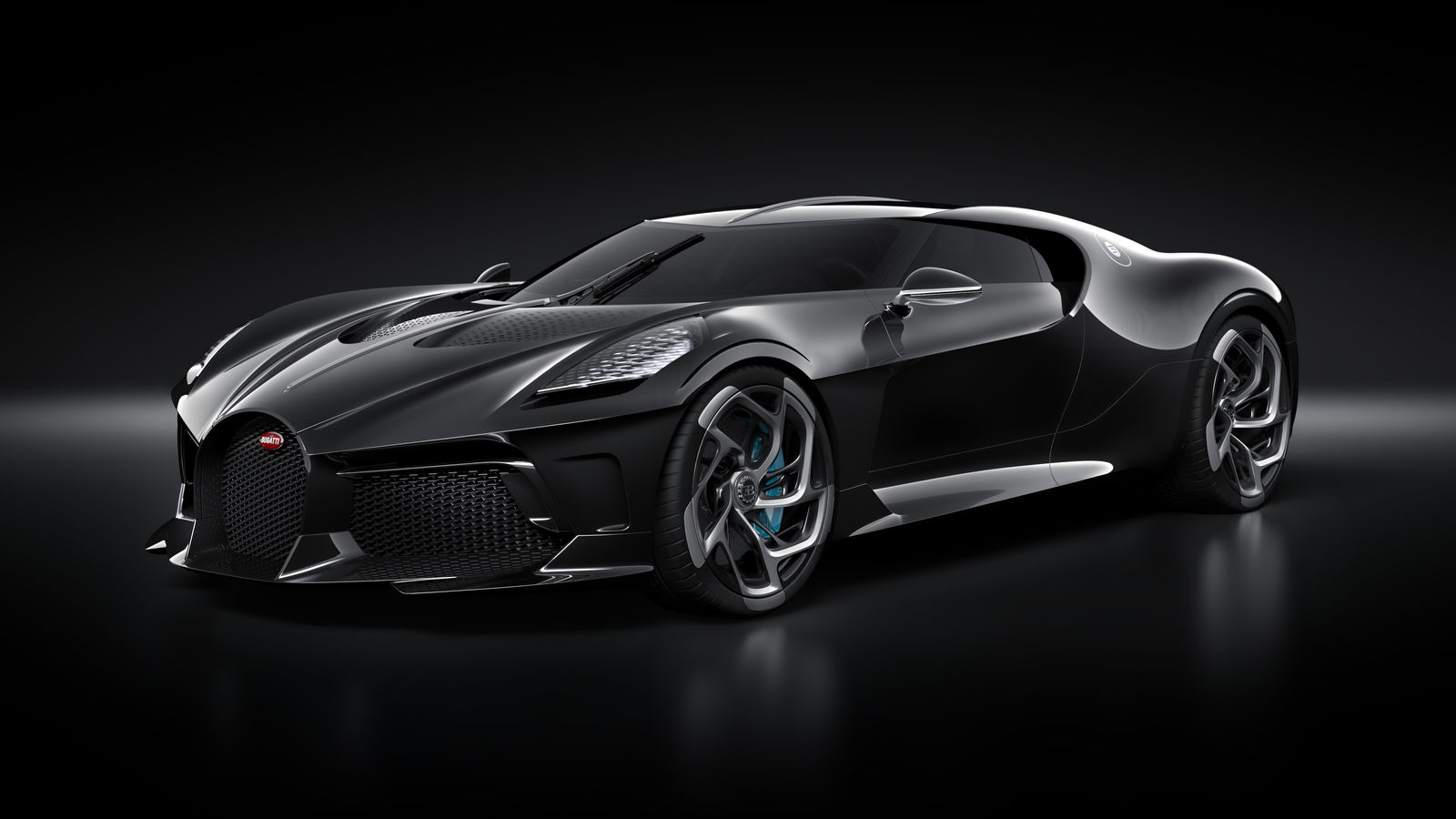 It was in Geneva that the quintessence of the manufacturer's One Off cars was presented for the first time: La Voiture Noire. It is not a question of talking about quality here but rather about a form of excellence and the most accomplished luxury there is. It is an aesthetic gem coupled with the latest in driving technology. La Voiture Noire is neither more nor less than the Grand Touring model closest to perfection. Designed to celebrate the 110th anniversary of the brand with dignity, this hyper-sporty model has a bodywork with sensual and refined lines. Among the most characteristic elements of its exterior design, we can note the presence of a crest starting from the front end of the bonnet hinge and up to the rear of the racing car, exactly like its illustrious elder, the Type 57 SC. Atlantic.

In terms of performance, this One Off model has a 16-cylinder 8 L 1,500 horsepower engine just like the Chiron. Such a motorization allows it to reach 420 km/h. And as if design and power weren't enough for it, this unique model holds the coveted record for the most expensive car in the world with a dizzying price tag of 11 million euros. Enough to add a touch of legend to an automotive masterpiece that will go down in history.